With the announcement of Nikon’s full-frame Z 6 and Z 7 mirrorless bodies, we’re getting very close to having all the major players fully engaged. Canon will bring their own full-frame model in the coming months to complete the process. Technology marches on.

It was 10 years ago that Panasonic brought out the first mirrorless interchangeable lens camera—the Lumix G1. Micro four thirds sensors led the way for quite a while, though Fujifilm stirred things up with the X-Pro1 in 2010. Then Sony entered the market, first with APS-C sensors then moving to full frame, and has made a very big slash. Within the last two years Fujifilm and Hasselblad raised the bar higher with 50MP medium format models (GFX 50S and X1D-50c respectively).

I’ve been using a Panasonic G9 for a few months. As a dedicated Canon user for many years, retraining brain and muscles to accommodate a markedly different camera workflow has been a challenge. When applied methodically, some results have been very good, though I’m still much more familiar with Canon operation and have a higher success rate using the “old” tools. Time will tell.

Canon has yet to make their statement. The speculation has been rampant for months and it will likely be a little while yet before we know the answers. One key question is whether they will stick with the EF mount or go a similar route to Nikon by using a new mount and a dedicated adapter for the over 130 million EF lenses in the field. Interesting times ahead.

Posted in Cameras | Tagged Nikon, Panasonic | Comments Off on Mirrorless Close to Mainstream

Photokina in Germany has been the international showcase for state of the art imaging products since 1950. In 1966 the trade fair established a biennial schedule, but that will change next year when it will become an annual event happening in May instead of September. In addition, the managers intend to expand coverage beyond its tradition emphasis on cameras and photography. Photokina 2018 is next month—September 26-29.

The run-up to the event is usually filled with hint, pre-announcements, or even formal announcements of new product, and this year is no exception. Nikon is in full swing with their series of teasers regarding their upcoming full frame mirrorless camera, and Sony is claiming market leadership with their “Be Alpha” campaign. Most manufacturers are sure to bring their best efforts, though at least one (Olympus) has stated they will not have a classic stand at this year’s event.

So the next six weeks will be full of photo news, though more is sure to come after the show and before the end of the year. Of special interest will be Canon’s answer to full frame mirrorless. Apparently they are choosing to let Nikon take the limelight for the moment, and make their entrance after the dust has settled a bit. A host of dedicated Canon users are anxious to see what they’ll bring, especially how they will address access to the huge number of highly-regarded EF lenses in personal inventories. Of course technology marches on, and sometimes it’s prudent to make a big step toward the future as Canon did in 1989 with the original EF mount. We should know much more within the next six months.

Posted in Trade Shows | Tagged Photokina | Comments Off on Photokina 2018

Small creatures are working hard this time of year to gather enough material to get them through the winter that’s right around the corner. Days are rapidly getting shorter and pikas and Arctic ground squirrels aren’t wasting any time collecting their stores. 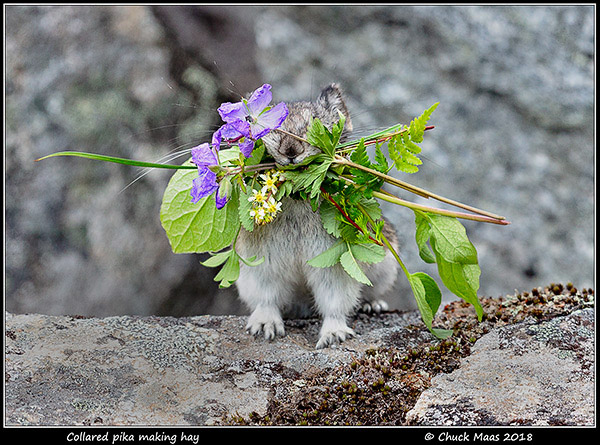 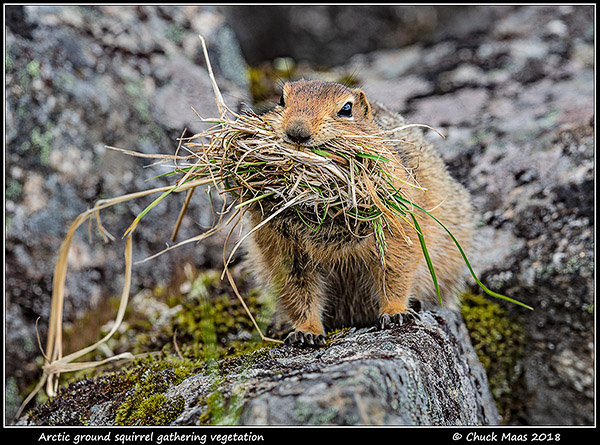 Posted in Nature | Tagged wildlife | Comments Off on Harvest Time 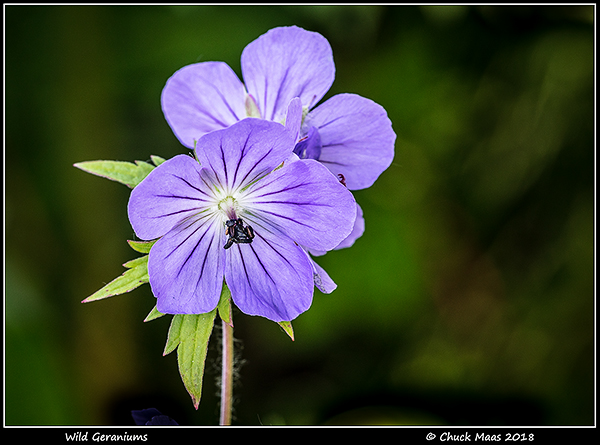 The blooming of summer continues in full swing with wild geraniums at their peak, along with larkspur, chiming bells, and many others.  Fireweed has begun to add its bright magenta hue as well.  It’s all part of the rush to grow, blossom, and seed is a few short weeks before winter arrives again.

Posted in Flora | Tagged wildflowers | Comments Off on Wildflowers

There’s a new professional-level color critical monitor coming soon—the NEC MultiSync PA271Q. It’s been available in Europe for a short while and is listed on B&H for preorder. 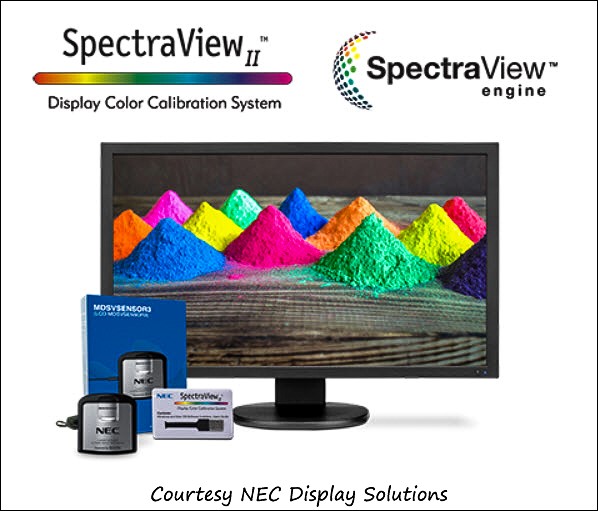 NEC is one of the most respected and recommended monitor brands among professional photographers. No in-depth reviews of this new model have surfaced yet comparing it to its immediate predecessor—the venerable PA272W—or pro-oriented units from other brands, but expectations are high. Designed for hardware calibration using NEC’s SpectraView II software and colorimeter, the 271Q provides expanded color space matching and improved connectivity with 10-bit support.

It’s hard to overstate the value of a high-quality monitor for serious photographic work. Using an accurate, reliable, calibrated display makes the whole imaging enterprise vastly more comfortable and efficient. Display size is a personal choice, but many find the 27” category ideal.

Posted in Hardware | Tagged monitors, NEC | Comments Off on Another New NEC Monitor

The Colors of Spring 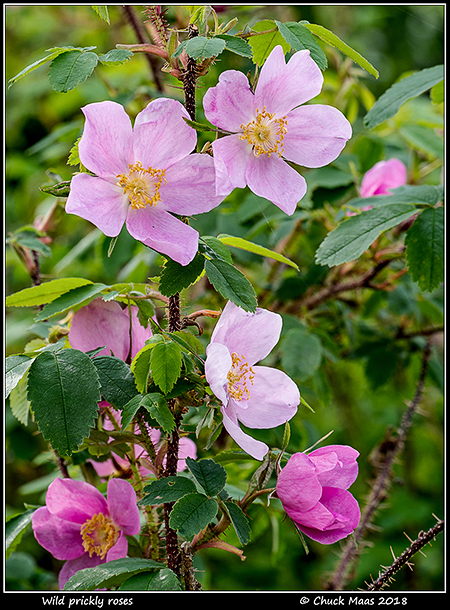 One of the most ubiquitous signs of spring in Southcentral Alaska is the blooming of wild roses. These delightful pink blossoms seems to show up everywhere. There are two species—prickly roses and Nootka roses—the former being the most common. Both develop fruit called hips which are full of vitamin C and are widely gathered for jellies, jams, and teas.

Posted in Flora | Tagged seasons, wildflowers | Comments Off on The Colors of Spring

One of the mainstays in any collection of 35mm format lenses is the 70-200mm zoom. Decades ago zoom lenses weren’t considered as high-quality as primes at the same focal length, but optical improvements and undeniable convenience have won the day and almost every brand now offers at least one lens in this category.  Canon’s 70-200 “L” models are legendary, and updates to both the f/2.8 and f/4.0 versions have been announced.  It will be very interesting to read critical reviews in the future as to how they compare.  I’ve used both previous models with outstanding results and personally lean toward the f/4.0 version (due to significantly less bulk and weight) unless there’s a real need for the one stop extra light-gathering power. 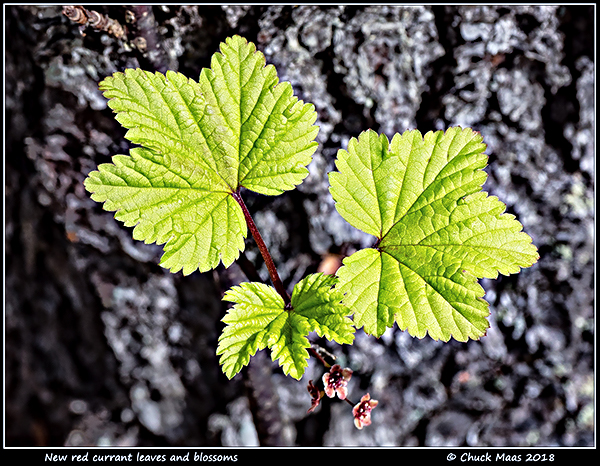 The change from winter to that truncated season in the far north which is kind of all lumped together as spring/summer/early-autumn comes late, but it’s happening now. The brown and gray landscape is rapidly changing to one highlighted by bright chartreuse new leaves, which in just a few days will darken to the deeper greens associated with each particular species. It’s a magical time that with length of daylight already exceeding 17 hours announces “non-winter” with a rush.

Intel just released their latest 8th Generation mobile processors, code named “Coffee Lake-H”, some with 6 cores, and an i9 version that Intel claims can provide “the ultimate content creation experience” in a laptop. Several laptop manufacturers also announced new models with these chips, including an updated XPS 15 from Dell. The XPS 15 has gained a strong reputation as a photographer’s mobile Windows workstation (John Shaw uses one), and this model (9570) raises the bar even higher. All tool choices are compromises, but if one is looking for a powerful 15” Windows laptop with a screen covering the Adobe RGB color space, high-end discrete graphics, very fast storage, lots of RAM, and only weighing about 4.5 pounds, this is definitely one to consider. 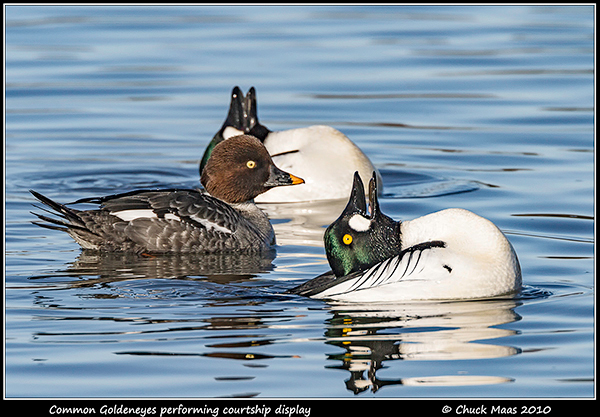 Waterfowl are beginning to show up again on their annual flights north. A small patch of open water in Anchorage called Spenard Crossing is one of the better spots to observe early arrivals. Today a pair of trumpeter swans, several common goldeneyes, one Barrow’s goldeneye, a bufflehead, and a pair of common mergansers worked the open leads between snow-covered banks of ice still covering much of the impound. Three gulls were also sitting atop light poles along the roadway. Geese and terns will be here soon as well.