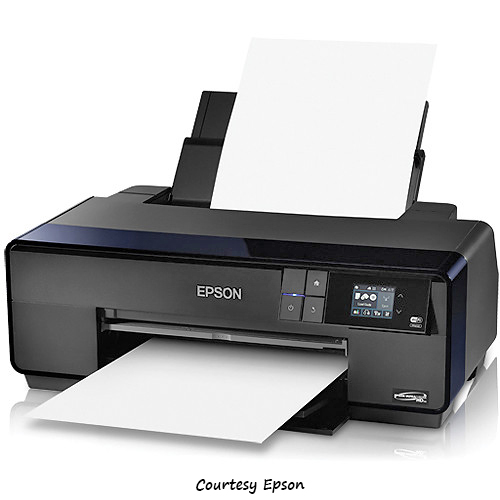 The new Epson SureColor P600 inkjet printer is now shown on Epson’s website and listed as “coming soon”/available for pre-order at B&H Photo.   In addition, Keith Cooper at Northlight Images has posted an extensive review.  In short, this will be Epson’s top-end 13” photographic printer, slotting in above the Stylus Photo R3000.  The new P600 will have similar capacity 25.9 ml ink cartridges with UltraChrome HD pigment inks that are claimed to have deeper blacks.  Numerous other updates include expanded mobile printing capability.  More reviews will surface as the printer becomes more widely available; in the meantime, it looks as though those using an R3000 will not likely need to be in a rush to upgrade, but the P600 will be a significantly more capable printer than older inkjet models in the Epson lineup.

This entry was posted in Hardware, Printing and tagged Epson, printers. Bookmark the permalink.