This time of year the sun stays very low along the southern horizon, even though we’re already gaining well over a minute of daylight every 24 hours.   The days are still short, but it won’t be long before there’s lots of sun again. 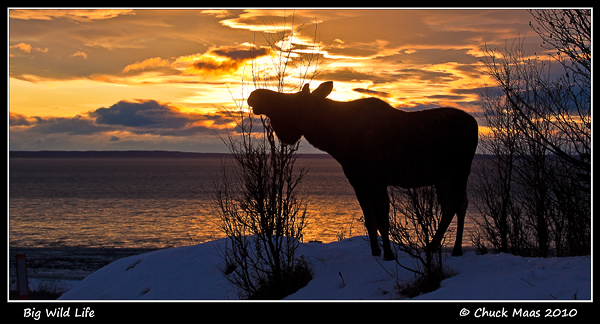 The nature of compromise.   You don’t have to be engaged in the process of making photos very long before you understand the nature of compromise—from every angle…budget, weight, size, focal length, zoom range, maximum aperture, inherent sharpness, minimum focus distance, and more.  There is no perfect tool, expect perhaps for the one moment in time when you’re ready to press the button and you happen to have picked the right stuff for that particular shot.  So, is there an answer to this dilemma?

Not really, except to consider carefully what your objectives are, weigh up your budget, pick the tools you determine are the best fit, and then learn to use them as well as possible.  The last part is probably the hardest, as available tools and their complexity continue to increase.  Consider Canon’s new 70-300/f4~5.6L zoom.  While a host of Canon nature shooters have been fervently wishing for an update to the venerable 100-400 zoom, here comes another 70-300 instead.  Go figure.

But let’s look at the new lens anyway.  Since it’s very new, reviews of production lenses are just showing up (see here and here), and so far they’re pretty positive.  For sure it’s not an inexpensive lens, and 300mm may not be enough “reach” for many, but overall it looks to be a very well-built, compact, sharp lens with all the latest technological improvements.  Choices, choices.

New Canon Extenders.   Not long ago Canon announced a new version (III) of their 1.4x and 2.0x Extenders (generically referred to as teleconverters, tele-extenders, etc.) to go along with their updated 300mm, 400mm, 500mm, and 600mm super-telephoto lenses.  Version III will have many enhanced features, including improved coatings, and will work especially well with these new lenses.  Much more information is contained in this detailed article by Canon’s Chuck Westfall, and Arthur Morris adds additional comments in his bulletin #353.  Canon Rumors has also indicated that both B&H and Adorama are now taking orders, and the cost is going to be $499.99 each.  Ouch!  New stuff doesn’t seem to be getting any less expensive.

Equipment complexity.   All of us have experienced the morass of complexity in digital imaging tools and other electronic devices.  Complexity and resistance to change is nothing new; those who learned the trade with film may well remember when light meters were first added to cameras and the hue and cry was deafening, but we got over it.  As electronics have become more and more a part of the imaging process, the integration of mechanical dials and switches with electronically selected menu items has been a challenge, to say the least, and the whole concept is being pushed now by the incorporation of touch screens and “gesture” methodologies.

None of this is inherently good or bad, and the judgment of how well a given device allows an individual to accomplish a desired task and achieve a specific outcome is largely driven by personal preference and what one is used to.  It’s very much like computer operating systems; the one you’re most familiar with is very likely the one that’s going to appeal to you most and seem like the best.

But the challenge is real, to the point that learning how to use and extract the most from any piece of new equipment is nearly as big a challenge as employing the principles of photography themselves.  And not all of this is self-evident or able to be resolved with simple study.  Take for example the focusing system in Canon’s 7D (and I’m sure for many models of other brands as well).  There are a whole series of custom function menu settings that require you to inform the camera how you want it to operate, such as how long you want a designated focus point to continue searching after it drifts off the previously locked subject, or how broad an area you want a specific focus point to include (even though to my knowledge there is no available reference document providing precise data allowing you to make an informed choice).  And of course there are so many iterations of choices that only the most dedicated and studious will take the time to apply all the variables to his or her particular shooting style and figure out what works best.

Here’s where the entrepreneurs step in.  There have always been “how-to” books, and many of them have been very helpful.  A good example is when first Olympus, and then Nikon, made automated flash a reality and folks were trying to understand how it was all functioning.  But the sheer degree of complexity has increased to the point where the “how-to” offerings have exploded and now include guidance for specific camera bodies in very narrow applications.  If you photograph birds with a Canon 1D Mark IV or 7D, Arthur Morris offers a “Users Guide “ that drills right down to strong suggestions on specific custom function settings based on his extensive personal use and testing of these bodies.  Some have found them invaluable; others rail about excessive cost.  Only you can decide of course, but I’ve found his Users Guides to be extremely helpful in getting up to speed and maximizing the potential of what have become some of the most complex imaging tools we’ve ever had the pleasure to employ.  With a little searching you can find plenty of other websites that offer a list of preferred user settings, but the trick here is to match your objectives and style with the suggestions, otherwise you’re just multiplying the possibilities and creating more confusion.  There’s no substitute for knowing your equipment, and that has become harder and harder to do with each “new & improved” model.

Reflection.   The end of any year is an opportunity to reflect on the one just past as well as the one right around the corner.  Looking back often generates a desire to make new personal promises to do this or that to alter one’s activities during the coming year to improve on the outcome of the past.  When decades end (conveniently lumped in years xx01~xx10), there’s an added incentive to look back at the last 10 years for perspective on trends and hints for future planning.  Scott Bourne at Photofocus has some interesting observations on “The Most Important Photography News of the Last Decade,” in which he aggregates responses from his Twitter followers with views of his own.  The last ten years or so have brought huge changes to the world of photography, and especially the business of photography, and understanding those changes and coming to grips with present realities is the first step toward continuing to enjoy the process of visual expression.

Nostalgia.   And just for the record, today is the last day Kodachrome film will be processed in the US (see NY Times article here).  Yes, we’re in a new era.