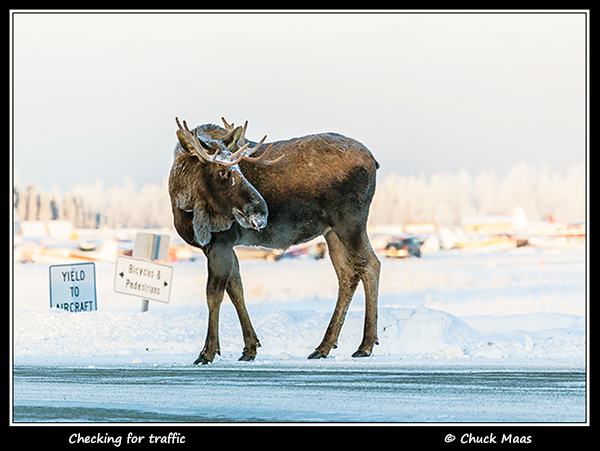 While one should avoid ascribing human motivations and actions to animals, this young bull moose certainly looks to be checking for traffic before crossing the busy road around Lake Hood in Anchorage near the gravel runway on an early morning in winter.  Moose are common in most parts of the municipality and drivers learn to be alert to their presence, especially along streets and highways.  Moose are big animals, and because of their long legs and high center of mass they often wind up coming through the windshield when struck by a car.  Not a good thing for either the driver or the moose!  Perhaps this moose is merely acting out of self-preservation.

This entry was posted in Nature and tagged animals, wildlife. Bookmark the permalink.