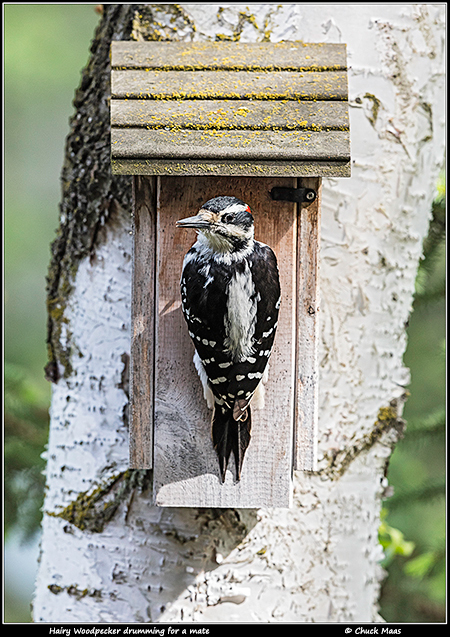 I’ve had a nest box attached to a birch tree in the backyard for several years in an attempt to attract chickadees.  That hasn’t happened, but recently a male hairy woodpecker showed up and began drumming on the front of the box.  He came back several times and I began to wonder if he was trying to make the entrance hole larger.  Then I realized that even if he did enlarge the hole the box wasn’t going to be big enough for his species, so I built a bigger one.  It took his a little while to return and check out the new nest box, but before long he moved over to the old box which I’d moved to a tree nearby and began his courtship drumming ritual again—seems as though he likes the sound quality of the wood in the old box better than the new one.  As of yet no mate has shown up, but he keeps trying.

This entry was posted in Fauna and tagged birds. Bookmark the permalink.